Geek note: After two days of taking images on the road and posting them via the iPad, I decided to make things easier on myself. Uploading images taken with the iPad is considerably easier than transfering images from the camera to the iPad and then uploading, for a variety of reasons. While this system has many advantages, the main disadvantage is that iPad images are in a separate sequence than the camera images. I'll try to integrate the two threads into a proper timeframe and/or coherent narrative. The camera on the iPad is pretty good, but the Fuji FinePix is better, so you might see various quality shifts along the way.

The third day of our trip was going to be problematic... or not. Basically, it was our longest drive through the (potentially) worst conditions. Indeed, rushing through North Dakota and Montana bought us an extra night. Being delayed would mean we arrived in Bend on Dec. 24; in time for Christmas and even Christmas Eve, but not enough time to wrap presents or get settled before we met the grandkids.

Carole was having none of that.

We left Belgrade, MT comparatively late, around 9am. A good night's sleep, a decent breakfast, but too early for places selling tire chains on Sunday. The hotel staff checked the weather and road conditions for us; they were great. Still, I was just as happy driving up the mountains in daylight. 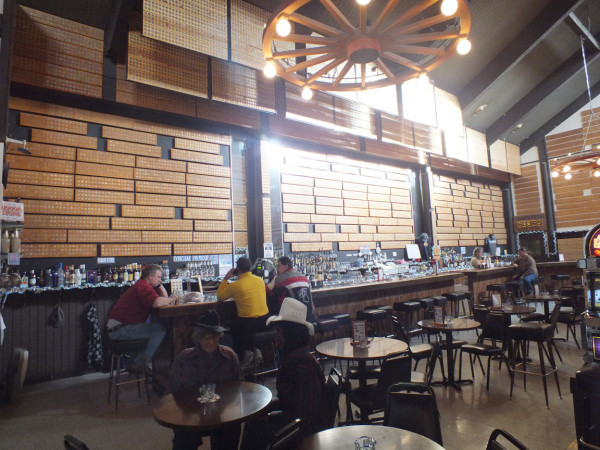 The Silver Dollar Inn. The brown vertical wall mountings are just some of the silver dollars on display. Note wax figures seated in foreground. On I-90, 12/23/12
( More narrative an images under cutCollapse )
Then we got to Bend, OR. The kids had gone to sleep, but Carole's daughter Wenonah and boyfriend Justin greeted us. We unpacked some of the presents to be wrapped later, and went to sleep. 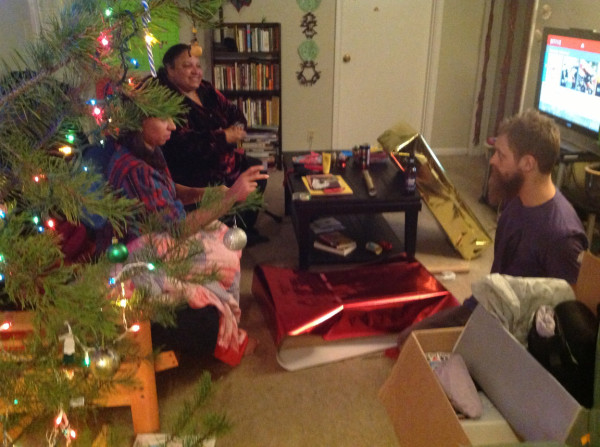