I'm way behind, so forgive the photo-heavy report. 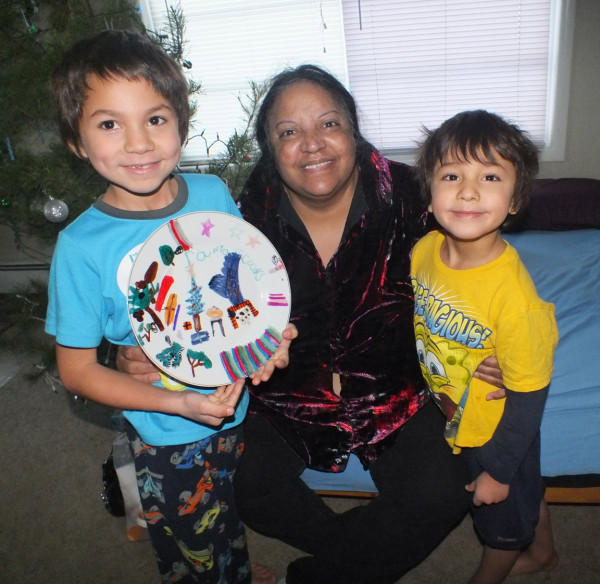 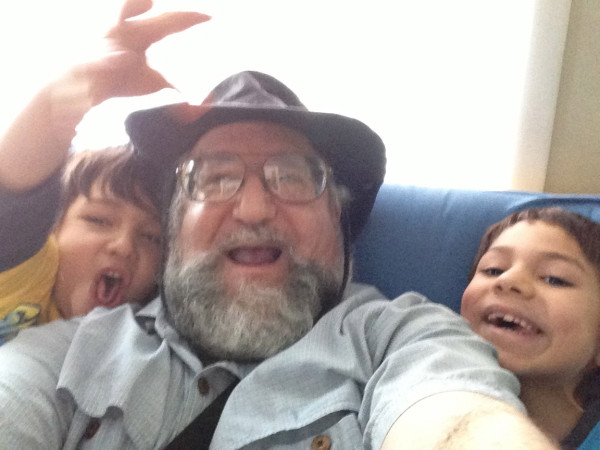 Carole and I managed to arrive in Bend, OR the day before Christmas. We had time to wrap our presents and get acquainted with the kids. Legend, 7 and Bangii, 4, are Carole's grandkids by her homeless son, and she had spent much of the early part of 2012 getting them out of foster care in northern Minnesota and to her daughter in Oregon. Legend had visited with us one day, about two years ago, but I'd never met Bangii (pronounced with a very short first vowel and a hard 'g', sort of like "Bun Ghee").

I kind of wondered what they would call me. "Dave" seemed to be consensus, though the kids latched on to "Steve" (not uncommon, if you slide over "this is Dave"). Carole, the Native American cultural teacher, said that they didn't distinguish between genetic family and proximate family. So I was, at least on occasion, "Grandpa Dave". Not unexpected, to be sure, but it was still a bit strange to have sublimed from "Uncle Dave" when visiting my neice at Thanksgiving and my nephew the day before in Coeur D'Alene right to "Grandpa".

The kids were great. Maybe they were in Christmas Mode, and maybe they were on Best Behavior For Grandma. Whatever the reason, they were fun and bouncy and hardly ever misbehaved. They took to me immediately.

I'm generally pretty good with kids, largely because I can explain things to them. When they ask "Why?", I can give an age-appropriate response. Once, Legend, reading from a cereal box, asked "What is Vitamin E?" By itself, rather advanced for a 7-year-old. So I tried to answer in kind: "It helps keep your blood red." They asked further questions, and I told them it was complicated, but they seemed satisfied.

"You know everything!" exclaimed Legend. "No, but I know a lot."

Still, the most valuable answer I gave was "I don't know." 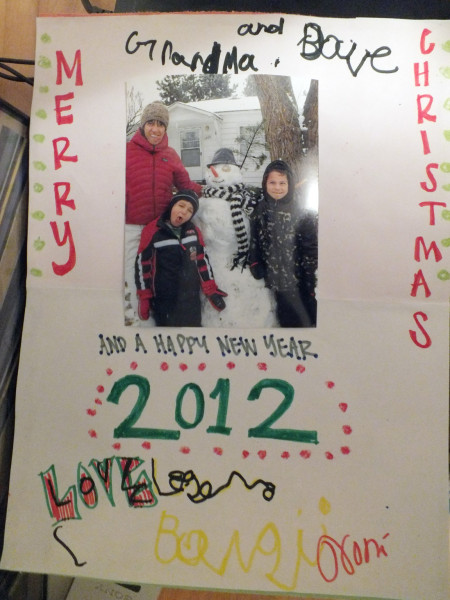 ( more narrative and photos behind cutCollapse ) 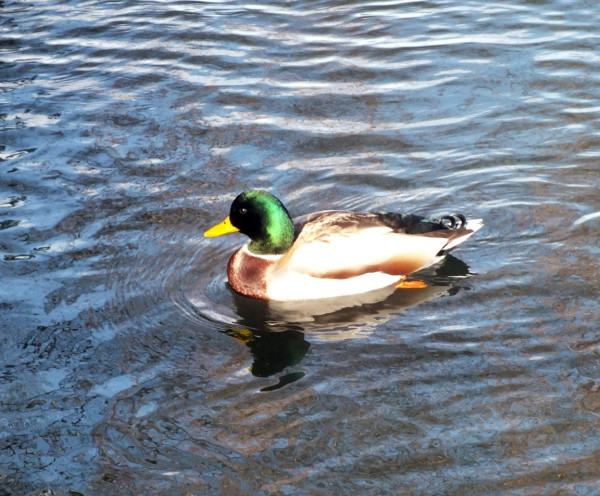 A great Chritsmas (not my first), but Carole and I hadn't really fulfilled our prime function of baby sitters. That will be the next installment: 20121227-29 Trip to Oregon and Back: Portland, OR