Our trip to Utah was strategically brilliant but tactically squirrely. 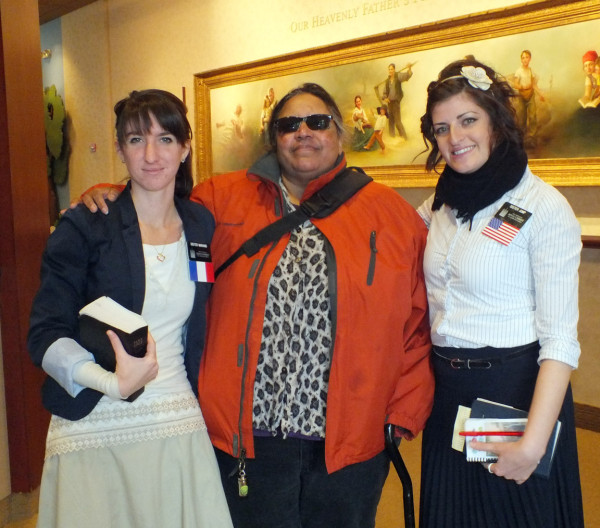 When the mapping software showed that the sourthern route back home went through Salt Lake City, I smiled. Another city and state I always wanted to visit. Still, we had maybe half a day for exploration. After consulting various touristy listings, I concluded that I wanted to see two things: The Mormon Temple in Salt Lake City and the Great Salt Lake.

Mindful of Carole's lack of mobility, we booked a hotel just across the street from Temple Square. SLC is laid out with the Temple in the middle, and parallel squares of streets as you get farther out. For a place right in the heart of the city, the hotel was cheap. Not completely cheap: Breakfast was extra and parking was separate.

Indeed, I found Utah to be glaringly commercial. After a nearly billboard-free drive in Oregon and Idaho, the proliferation of roadside ads in Utah looked garish and sleazy. Close to the Temple wasn't too bad, but I could see where a snake oil salesman like Mitt Romney came from.

( more narrative and photos under the cutCollapse ) 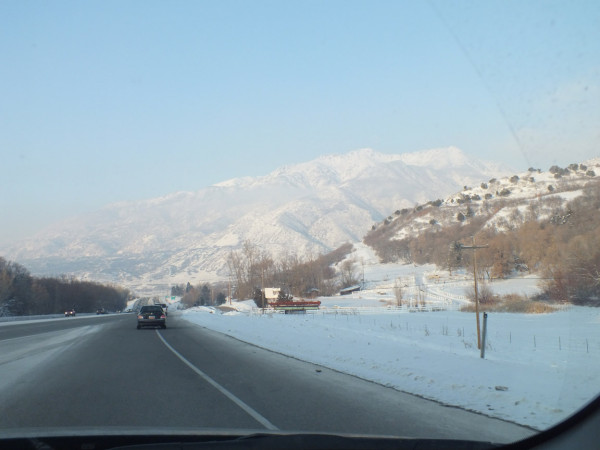 I didn't really have any tourist plans for Wyoming. Carole made vague mentions of Devil's Tower, but that's too far off our path.

So I'm glad we picked a great truck stop. We got gas, looked at windmills, and had a marvelous trucker dinner. We could have had seconds on the steaks, if we ate them there.

Somewhere on this drive, we passed a small sign indicating the continental divide. We had to be careful of time zone changes, now the water direction changed too.

We got to our hotel near Casper, WY, a nice place but a bit on the antiquated side. Still, it worked for us and we fell into a deep sleep. One more night on the road and we were headed home!

Continued at 20130105 Trip to Oregon and Back: Mt. Rushmore and Crazy Horse Memorial