A small story, told beautifully. Without sets or costume changes, the actors slip from young to old, from today to the 50s, from love to love. The Music Box is an excellent venue for this troupe.

Transatlantic Love Affair did the Fringe shows The Ballad of the Pale Fisherman, Red Resurrected and others. All of which I liked a lot. They're local, and keep saying they're going to remount a show, so I'll have to keep my eyes peeled.

I didn't take any pics during the show, nor right afterwards, but we had dinner at the Asian Taste, across the street from the Music Box Theatre. That location has been a number of restaurants over the years, and I wanted to check it out. Nothing to write home about, but the prices and portions were reasonable. They have an all-you-can-eat sushi bar for $22. Might have to try that out. In the meantime, at the next table was the cast of Marilyn and Jackie at the Pearly Gates. Carole, who's from Martha's Vineyard and encountered Jackie several times, regaled them with Jackie and John-John stories. 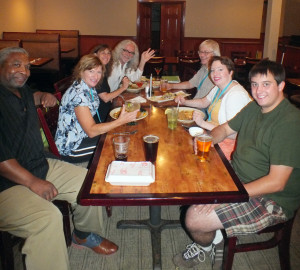 Walking back to the car, we encountered this rabbit, who seemed as curious about us as we were of it. Probably a pet, but we didn't get too close. 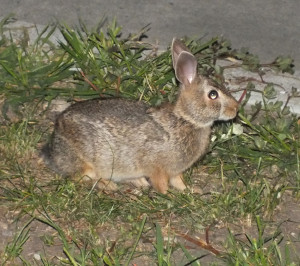 Continued from 2013 Fringe Festival: Before the Beginning

Continuing in Day 2: A quick Fringe with Werewolves.
Collapse