I didn't Fringe on Thursday, but I did go to a show. "The Almanac Trail" was sort of like a three-hour Fringe show with snacks.

George Mann and I have been friends for more than a decade, via correspondence and his records. We finally meet in person when he gives a concert here in Mpls.

In 1941, young singers Pete Seeger, Woody Guthrie, Lee Hays and Millard Lampell are gaining fame in New York City. They are invited to California to give a concert, so they plan a tour, visiting union halls across the country. In 2013, George Mann and Rik Palieri recreate this tour, stoping in the same venues (as best they can 70 years later) and singing union songs.

Great stuff, which still holds up. And the message about unions is as important now as it was in the days of company goons. I did an interview with them, which I edited for KFAI, and video taped a few songs. 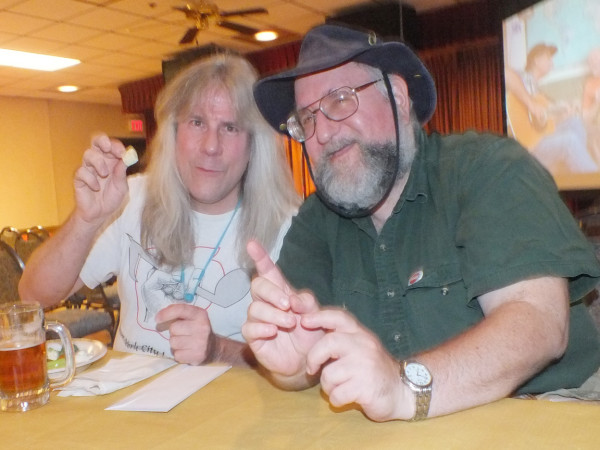 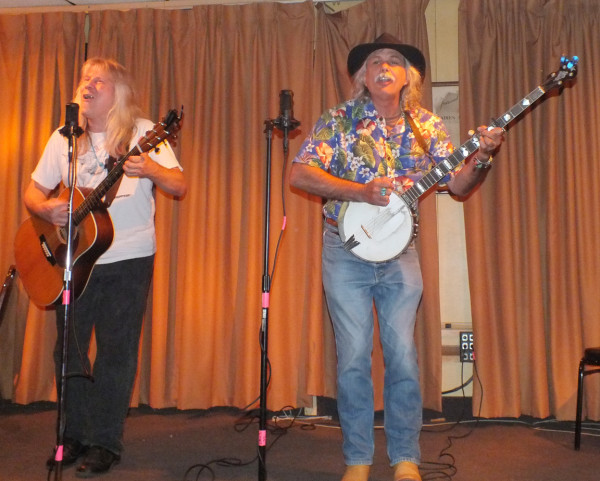 ( two videos under the cutCollapse )
A good concert with good stories and good songs. The union members were friendly and engaging. A good time.