Carole and I went to nine Fringes and I reviewed all of them for the Fringe site (except the one horrible tech rehearsal). But I have been remiss in posting about the Fringe here on LJ. So let me catch up. 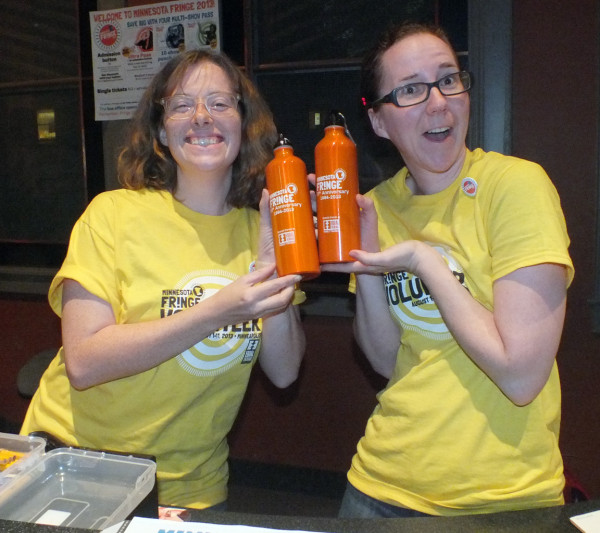 "Don't tell mom I ate all your bacon"

Three men play all the parts while making geeky asides about "Lolita" and other movies. This shouldn't work, but it does. And we are the better for it.

The very few misfires and slow spots are inundated under the broad farce. A gesture, a glance, a repeated line are all squeezed to great effect.

If Stanley Kubrick weren't dead, this would kill him. So it's a good thing he is.

"Meanwhile, back at the wig…" or Georges Méliès, eat your heart out

Some nifty physical comedy and great live music can't raise this show above mediocrity. Presented as a silent film, with title cards and no dialog, the story follows Tesla and Edison to Mars. Tesla was that weird and his feud with Edison was that personal. Still, comedy from real events could have been milked without resorting to an sf plot that doesn't hold Martian air. A good show, but not an outstanding one. I wanted to use "Meanwhile, back at the wig" as the title of this review but it's been taken. Three and a half stars, rounded down for being only 45 min.

I don't know why this didn't strike my funny bone as much as it did some. Oh well.

magscanner were in town, and several of us saw the Fringe show together, then met up with Larry to go eat at Victory 44. A fun time. 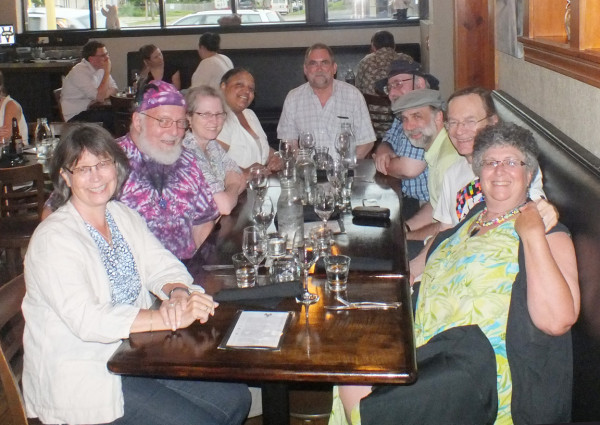 Dinner expedition to Victory 44 after the Fringe show, 8/6/13

( another review and a couple of pics under the cutCollapse )