I had a great time in Massachusetts. I went, ostensibly, for my Uncle Lee's 90th birthday celebration. My cousin had arranged a huge party for his physics friends as well as relatives. I brought along two extra cameras, so my 9-year-old niece and 10-year-old extended niece (cousin's kid) could take photos. Which they did. Theirs are in the Facebook photostreams.

Then I rented a car and went to Springfield/Holyoke to visit my cousin Barb who I hadn't seen in at least forty years. Wandered around the area, was injured by dinosaur tracks, and returned to Cambridge. Stayed with my cousin Dean and family for a few days.

Then went an hour north to Cape Ann for a Road Scholar tour: The New England Maritime Sampler. Five boat trips plus museums and lectures.

Knowing the LJ propensity not to be on Facebook, I made a photostream of just the whale pics. Some of my best work. Especially considering that most of the pics were handheld with a 300mm lens, using an Olympus OM-D EM-10. My standard kit is an EM-1 with a 12-40mm 2.8 lens. Anyway:

A couple of photos, and a few more behind a cut. 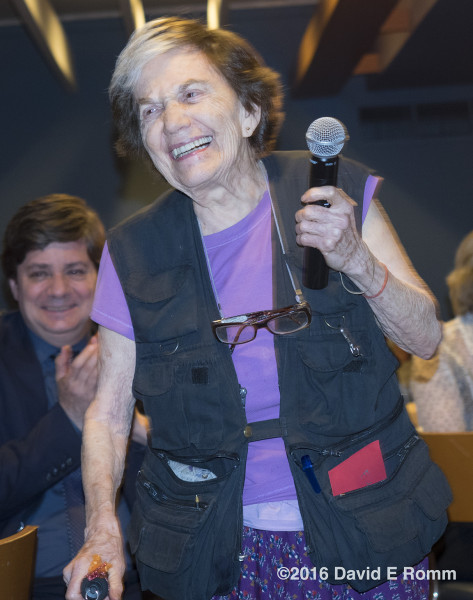 My mother, Ethel, after speaking about her younger brother on his 90th birthday. Cambridge 7/9/16 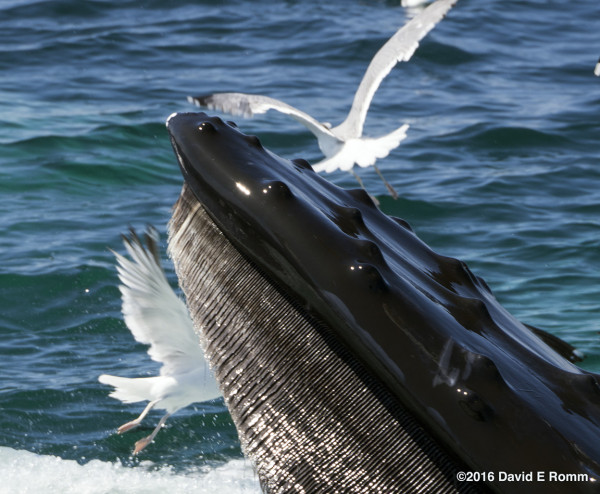 A baleen whale. Baleen are instead of teeth, used to sieve seawater. Bay of Maine out of Salem, MA 7/21/16
( Some more photosCollapse )
Collapse